A Very Sad Story… The Worst Advertising Agency Presentation – Ever This is a story about the worst advertising agency presentation – ever (I know, I was in it.) This special experience, along with more stories, strong opinions and brilliant advice are in my book on presentations and pitching: The Levitan Pitch. Buy This Book. Win More Pitches.

If you buy the book and read it, I guarantee that you will win more new business. OK, you’ll have read it and act on my advice.

I was an account executive at Dancer, Fitzgerald Sample, New York’s largest “Mad Men” era advertising agency (Saatchi & Saatchi bought Dancer in 1987.) The pitch was for Western Union’s $15 million EasyLink Service. EasyLink was the first commercial email service and launched the same year as the IBM PC – the times were changing fast. We won the pitch and I learned how a well-oiled presentation worked from a new business team that won nine out of ten pitches that year. After I began working on the business, I asked the senior client why we won. She stated three reasons:

After that pitch, my batting average was 1000.

Not all of my pitches went that smoothly and I’ve learned from both the winners and the losers.

Here is the story about the worst, most painful and potentially career-busting advertising agency presentation I’ve ever been involved in.

Saatchi & Saatchi Advertising Worldwide & The Adidas Pitch We Should Have Won (Duh!) In 1992 I was working at Saatchi & Saatchi Advertising’s London office when Maurice Saatchi called me up told me that we were going to pitch the global Adidas account. Adidas had everything a global agency could wish for: It was a huge brand in a cool category, had a big budget, and powerful competition as Nike was on their world domination tour. Of course, the account would give the agency a potentially great creative platform.

But wait, wait, there’s more… and it was very personal.

If we won the account, I would open and manage my very own sports marketing agency to run the Adidas account because Saatchi had an existing sporting goods client conflict in the network.

A couple of days after the call, Maurice and the reclusive Charles Saatchi and I met with Robert Louis-Dreyfus, Adidas’ new CEO and majority owner to discuss the pitch. Get this: Robert was a close friend of the agency. He had been the CEO of Saatchi & Saatchi Advertising Worldwide. He was one of us.

I am working with Maurice and Charles Saatchi – the most famous advertising men in the world.

They asked me to run a huge pitch for the global Adidas account.

Adidas’ CEO is a close friend of the agency, and the management of Adidas America wants us.

If we win the business, I’d build and run my very own Saatchi sports agency. I was already beginning to visualize a reception area adorned with signed World Cup balls, sand and surfboards. Yes, I was getting way ahead of myself.

But wait, there’s even more good news. During an early meeting, Robert leant over to me and said:

“Peter, you’ve won this business as long as you don’t fuck up the pitch.”

I’m thinking, the world’s best agency doesn’t fuck up. I don’t fuck up.

I am now about to tell you how we did, in fact, screw up, and more importantly for you, what I learned.

I think that it is important to point out that this was my first big pitch as Saatchi & Saatchi London’s business development director. I am very happy to say that I’ve gotten much better at pitching during the past 20 years. In fact, years later I won Nike pitches.

Because Adidas would be such a huge win for the agency, the Saatchi brothers wanted to participate directly in the pitch — a rarity at that stage of their careers.

Because Adidas had so much potential, they wanted me to use the creative talents of Jeremy Sinclair (the agency’s global executive creative director) and Paul Arden, another London creative all-star.

I was now working with Charles Saatchi, Jeremy Sinclair, and Paul Arden – three of London’s most famous creatives.

Nope. We started to make a whole set of brand new mistakes right there in Maurice’s old office.

Stay with me, there is a lot of learning here.

While we all said that it was my pitch to run, I had a room full of owners and very big creative egos (English creative egos are very large). They were difficult to control and rather opinionated.

Lesson: Every pitch needs to establish one leader and manager. Period.

My mega-ego creative team was the wrong team for Adidas. They didn’t know sports. They didn’t want to study the market, and these middle-aged guys did not understand the motivations of the younger sports shoe consumer.

Paul even called Nike “nīk.” However, despite his mispronunciation, he did have a BIG idea that was in fact, big. The idea was that sport was akin to GOD. Sports is a key ingredient in our humanity: It brings out the best in us, and it brings the world together.

Through this big idea, Adidas would own the power of sports itself. Yes, that’s a big idea. Unfortunately, the “Ego Team” decided that we needed a video for the pitch to deliver the big idea to Adidas. Paul went out on his own, wrote the script, and produced the video. On his own.

To illustrate this big idea, the video included metaphorical images of man’s inhumanity to man contrasted with the glory of sports. Unfortunately, the imagery went a bit over the top, including images of baby seals being beaten on ice flows and contrasted this hurl-inducing imagery with the beauty of high jumps.  To make matters worse, the video didn’t have a budget. You try telling Charles Saatchi how much of his money he could spend on his pitch. The video wound up costing over £30,000.

Lessons: Build the right team for the pitch. In this case, the team was primarily based on seniority and ownership, not a perfect fit. (Note: We did have a savvy account planner and a pitch team also working on the pitch.)

Lesson: Don’t lose control of the process.  Establish a budget going in. Stick with it. Don’t give the creative team too much rope.

Just in case you are thinking that I was completely out of my mind, I did ask some of Saatchi London’s other award-winning creative teams to come up with alternative ideas to present alongside the baby seals video. Due to the egos of the “Ego Team,” I had to do this quietly.

I couldn’t get these guys to rehearse. I rarely got them in the same room at the same time.

Even worse, a couple of days before the pitch, Jeremy began to realize that the baby seal video was going to be difficult to present (a rather large understatement). He then told me that I was going to present all of the creative work.

Lessons: Assign roles based on expertise, not seniority. Stick to a plan. Rehearse and rehearse.

We knew Robert Louis-Dreyfus very well. But, we didn’t know the Adidas marketing executives. They were not part of the decision to seek a new agency. This pitch was CEO-driven.

In fact, we were not even aware that the Adidas marketing group had already started on a new Adidas campaign approach with London’s Leagas Delaney.

Lessons: Know which clients will be in the room and understand their motivations. I should have realized that the Adidas marketing team did not want to be in the pitch. We could have managed this. However, we were so enamored by our relationship with the CEO and access to internal Adidas information that we didn’t bother to start relationships with the marketing team before the meeting.

We certainly should have known that beating baby seals to death would alienate virtually everyone in the room. Well, my team knew, but we had lost control of that element of the pitch to the “Ego Team” by then.

This is actually a mistake wrapped up in what is usually a good thing. Maurice opened the meeting with a story. Sir Maurice Saatchi is like the Steve Jobs of pitch storytelling – with the added benefit of an English accent.

We all know that starting with a story is a good thing. However, since we didn’t rehearse, we didn’t know Maurice was going to lead with a story, and we weren’t at all prepared to follow this particular one.

The story turned out to be an involved dream sequence about how ancient Egypt, Pharaohs, and Adidas were alike. During the story, even I was spacing out on visions of the Sphinx and pyramids. In addition to spacing out, I didn’t know that Maurice was going to hand the meeting over to me immediately after he talked about my being in his Egyptian dream. I’m sitting there listening to my very own dream, and then I hear: “Take it Peter.” As you might suspect, we did not win the Adidas account, and I didn’t get my very own Saatchi & Saatchi sports agency with a wall of World Cup soccer balls.

This pitch, a pitch we should have won, quickly became a famous agency story. I now hope it represents a positive teachable moment for all of us.

Here are all of the lessons… 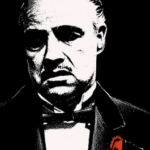 Let’s talk about growing your business. You are in a hurry, right?

Contact me now and take me up on my impossible to refuse 15-minute Vito Corleone offer.